Disastrous Dinners is a series of talks focusing on an accident or disaster and what can be learned from it. After the presentation, there will be a social dinner and drinks along with lots of time to continue the discussion.

The aim of Disastrous Dinners is to cover a wide range of accidents, including those from outside the process industries. As a result there should be something for everyone to learn from, whether they are a student, recent graduate or seasoned engineer.

Entry is Free of charge. Attendees will have to pay for their own food and drinks on the night.

There are no scheduled presentations. If you would like to attend, host or present a talk, let me know

Shortly before 20:00 on 8 January 1989, a British Midland flight took off from Heathrow Airport bound for Belfast. At 20:25 the aeroplane crashed across the M1 motorway, just east of East Midlands Airport.

During the climb a fan blade in the No. 1 engine had detached. The flight crew incorrectly identified the No. 2 engine as the problem and shut it down. Why? Human error was the "usual suspect", but were the pilots set up to fail? What lessons learned are transferable? And are there any parallels with the recent Boeing 737-Max crashes?

We will be joined by our guest speaker, Christopher Laughlan, who will be focusing on the actions of Oasis Petroleum and how their behaviour relates and reflects on the wider chemical engineering community.

Xanthan Gum is a very stable, polysaccharide, aqueous thickening agent, derived from bacteria and used in many foods and industrial products. It is produced by fermentation of sugar under sterile conditions. A continuous process was developed by Tate and Lyle and a new plant built on Merseyside. The process plant requires rigorous sterilisation by medium pressure steam to avoid contamination. It was just after this sterilisation procedure that a major disaster occurred as the plant was being restarted.

When most folk think of sugar, the idea that it could blow up and destroy a factory is not something they consider. But it did happen in 2008.

The thing is, the plant operators were aware of the hazard. They knew it was a hazard and that they had a problem for over 40 years, and yet it was never properly dealt with. This talk examines the reasons why and asks what can be done to avoid letting similar situations arrive in our own organisations.

Faulty Towers: A review of the Smiler Rollercoaster Accident

Rollercoasters are intended to give us the illusion of danger, whilst actually being incredibly safe. However, in June 2015 the "Smiler" ride at Alton Towers went terribly wrong when two trains collided mid-track, seriously injuring four people.

The park's management initially blamed human error, but was this really the full story? This talk will summarise the findings of the HSE's own investigation to explain what happened and why. We will also discuss the parallels between this incident and others within the chemical industry. Could our own plants be just as prone to failure, and if so, what can we do to make sure they stay safe?

How a Nuclear Power Station Interfered With Food & Drink Supplies

The Hunterston B Nuclear Power Station uses carbon dioxide as reactor coolant, and a problem in 1997 resulted in a backflow of gas from a reactor’s circuit into the main storage tanks. This raised concerns, could contaminated carbon dioxide get transferred into a road tanker? Could this road tanker then contaminate other carbon dioxide users? What effect would this have on the food and drink industry? Join us for a talk by one of the chemical engineers involved in the investigation on behalf of the Secretary of State for Scotland to find out more including which essentials were affected.

The slides are available on with the links below: 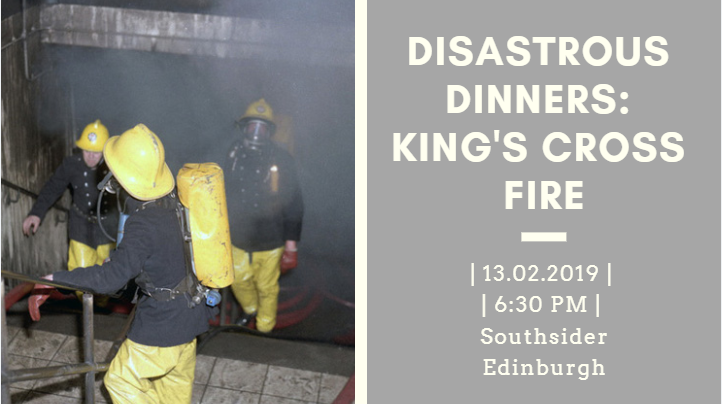 On 18 November 1987 a fire on a wooden escalator broke out and ultimately resulted in 31 deaths. This talk will cover not just the details of the event but the culture within the London Underground and their attitudes to fires and safety more generally that contributed to the tragedy.
What can we learn from this event?
How can we avoid similar situations in the future?

A rough transcript is now available as a blog post 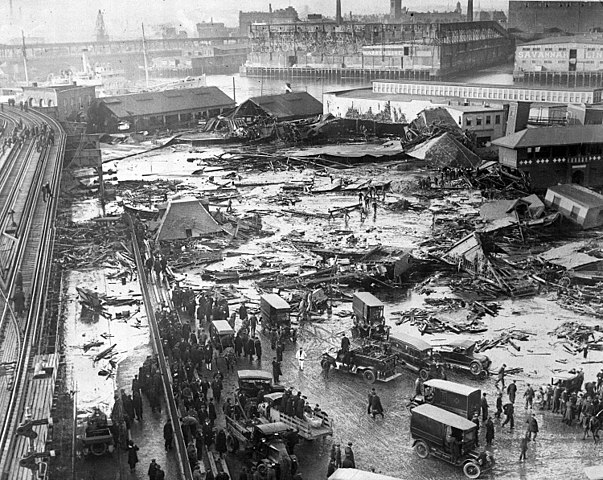 The Boston Molasses Flood occurred exactly 100 years ago and resulted in 21 deaths, mostly from suffocation or crushing. A 27m diameter molasses tank suddenly ruptured resulting in a 8m high wave of molasses racing out and trapping pedestrians and passers by. This talk will consider the design, construction and testing of the tank as well as the tank's Design Operating Envelope and will seek to identify lessons for today.