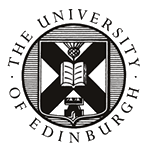 Core Skills developed as part of the degree:

I was been awarded one of the graduate prizes from The Salters' Institute of Industrial Chemistry in 2009.

Each year, the Salters' Institute invites departments of Chemistry and Chemical Engineering in the UK to nominate a final year undergraduate. Up to ten prizes are awarded to candidates who have the potential to occupy leading positions in the UK Chemical Industries.

My final year research project was to build a web application that aids the chemical engineering design process.

The program is able to produce a mass balance for simple processes and output the data as a spreadsheet in .xls format. Now that the project has been completed and the report handed in, I have published all code under an open source license available on launchpad.net

I gave a short presentation about the project at the ECOSSE Retrospective Symposium 17 April 2009.

My final year group design project was to design a potable water supply for a town in central Scotland.

This project was undertaken with five other engineers including one other chemical engineer, one mechanical and three civil engineers. The final report can be found below along with a link to a 3D tour of the plant used during the presentation.

This program is a ternary phase diagram generator to aid the development of Liquid-Liquid extraction processes. The graphs are generated using the mutual solubilitys of the components and applying the 2 parameter Margules equation.

The graphs can be output as a right angle triangle or as an equilateral triangle. Similarly, whilst using the enhanced version, the user has a choice of mass or mole fractions.

Browsers known to work include:

Unfortunately, due to the use of complex javascript 'trickery', the enhanced version is not usable in internet explorer however the basic version works fine. It has also been noted that neither version will run whilst using firefox 3 however because firefox 3 was only released after the project was handed in, no attempt has been made to fix this issue.